Skip to content
Hello, my name is Becci, I grew up in East Harptree and now live in Bath with my two young sons and work part time from home. When I’m not doing that I RUN! 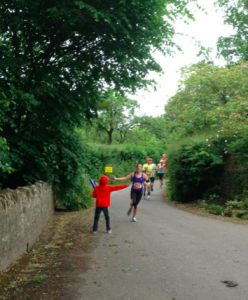 I love running, a passion that started whilst at Chew Valley School where I was apparently alone in my total enjoyment of that cross country course! I went on to compete as a teenager for Bristol Athletic Club running the 800m and 1500m events at tracks around the country. My running took a back seat later on for a while, as these things sometimes do, and then starting a family etc. meant it wasn’t something that featured in my thoughts too often. I got back into running a few years ago when I went through divorce and became a single mum, and I simply laced up my trainers one day (which weren’t running trainers I’m ashamed to say and resulted in a double big toenail loss) to go out and clear my head, have some time out, and generally stock up on endorphins. Running really is the best therapy you can get! I realised quickly how much I had missed the whole running way of life til I got back out there. And become hooked again and am proud of the medals I am accumulating from local running events. I rely on running to keep me sane, fit, and able to pilfer my kids’ chocolate with minimal guilt, and I am quite a grump if I don’t go the three times I week I have come to love. Going from a couple of miles per run to now covering a minimum of 60 miles a month, all whilst listening to the cheesiest of tunes on my iPod.
I now find I am incredibly lucky enough (although some have called me mad?) to be running the prestigious London Marathon (not a patch on the fabulous Chew Valley 10K though people!) on April 13th this year for Children’s Hospice South West, a charity I have come to love and have been involved with for few years now.
Children’s Hospice South West (CHSW) provide hospice care to life-limited children and their families from across the South West; from South Gloucester, Bristol, Somerset, Devon and Cornwall, and the Isles of Scilly. Some families may use the hospice for many years, from the time the child is first diagnosed as having an incurable condition which will mean they will die in childhood. The whole family can stay at one of the hospices, and with a dedicated sibling support service available, this means that brothers and sisters can also be cared for during their visit and enjoy spending time with other children in similar situations to their own. The support their amazing staff provide extends to the whole family, into bereavement and beyond for as long as each family needs them. With over 1,000 life-limited children across the South West, their support for families is absolutely vital. They do this with very little government funding, and rely on fundraising and generous support from local organisations and the public. Our local hospice is Charlton Farm in Wraxall.
I will be 38 years old when I run the marathon in April, so with that in mind I have set a fundraising target of £3800 (can you see what I did there?!).
I am hoping to hit my target, or maybe even exceed it, through sponsorship, both from individuals and from local companies, I’ve already had some great support from companies in the Chew Valley and Bath areas. Also support for my fundraising events has been fantastic and tickets for my comedy night being held in Harptree in February have sold out in record time.
If you would like to show your support for my marathon and the miles and miles of training that I have embarked on, and more importantly help CHSW continue to make the incredible difference they do in the South West then you can sponsor me at http://uk.virginmoneygiving.com/MarshyRuns or via text. Just text the code VMLM50, and the amount you are kindly sponsoring, to 70070.
Huge thanks in anticipation of your support. Looking forward to the 2014 Chew Valley 10K, so I’ll see you there… Fancy a run anyone?!
When I’m not doing that I RUN! – guest post by Becci Marsh
Tagged on: charity    running 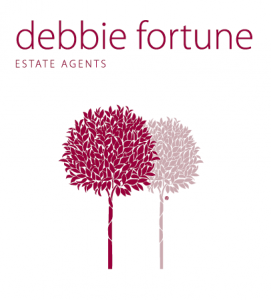